I grew up here in Tipton and went to church just down the street from where Rock Prairie is now.  I was a homeschooled pastor’s kid, and I wanted to do anything to show other kids I was still cool.  I went through a long period of time where I was outwardly professing Christ but inwardly rebelling against God.  At age 14 I felt incredible conviction and a desire to be right with the Lord, but it wasn’t until I was 18 that I really started to repent.  As I was growing in my faith, I started dating my wife, Andrea, and that’s what led me to Rock Prairie. We were married in 2008, and within a few years we had two children, Callie and Cora.

In 2012 the church approached me about interviewing for a worship pastor position.  At the time I was working in a factory and going to school to be a computer programmer.  Ministry was nowhere on my radar, and suddenly I was faced with the decision of leaving all other pursuits and serving in the church full time.  I was very intimidated because I had no formal training and no seminary degree. After lots of discussion and prayer, eventually my wife and I knew this was from the Lord, and I joined the RP staff in March of 2013.  This proved to be one of the best decisions I have ever made. God has used this position to grow me in ways I never dreamed were possible. He has been and continues to be very patient in training me to be the dad, husband, and church leader I was meant to be…in THAT order.  And I am so grateful He’s not done yet, and I am grateful to be able to serve with such an amazing group of people!

Since joining the staff God has added one more daughter to our family named Ruby and a son named Atlas.  Every day we are learning how much we DON’T know about parenting! It’s an incredible, insane, humbling and rewarding ride.  When we aren’t serving at church or doing LOTS of homework, we love going out to eat (yes, it’s what we do for fun), spending time with extended family, and discovering new parks!  We also like just sitting around watching movies…especially Toy Story. 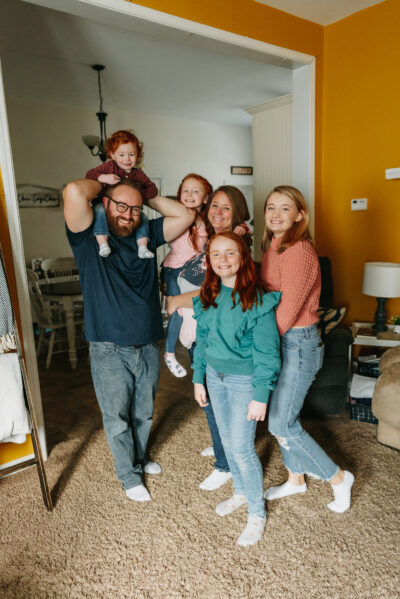